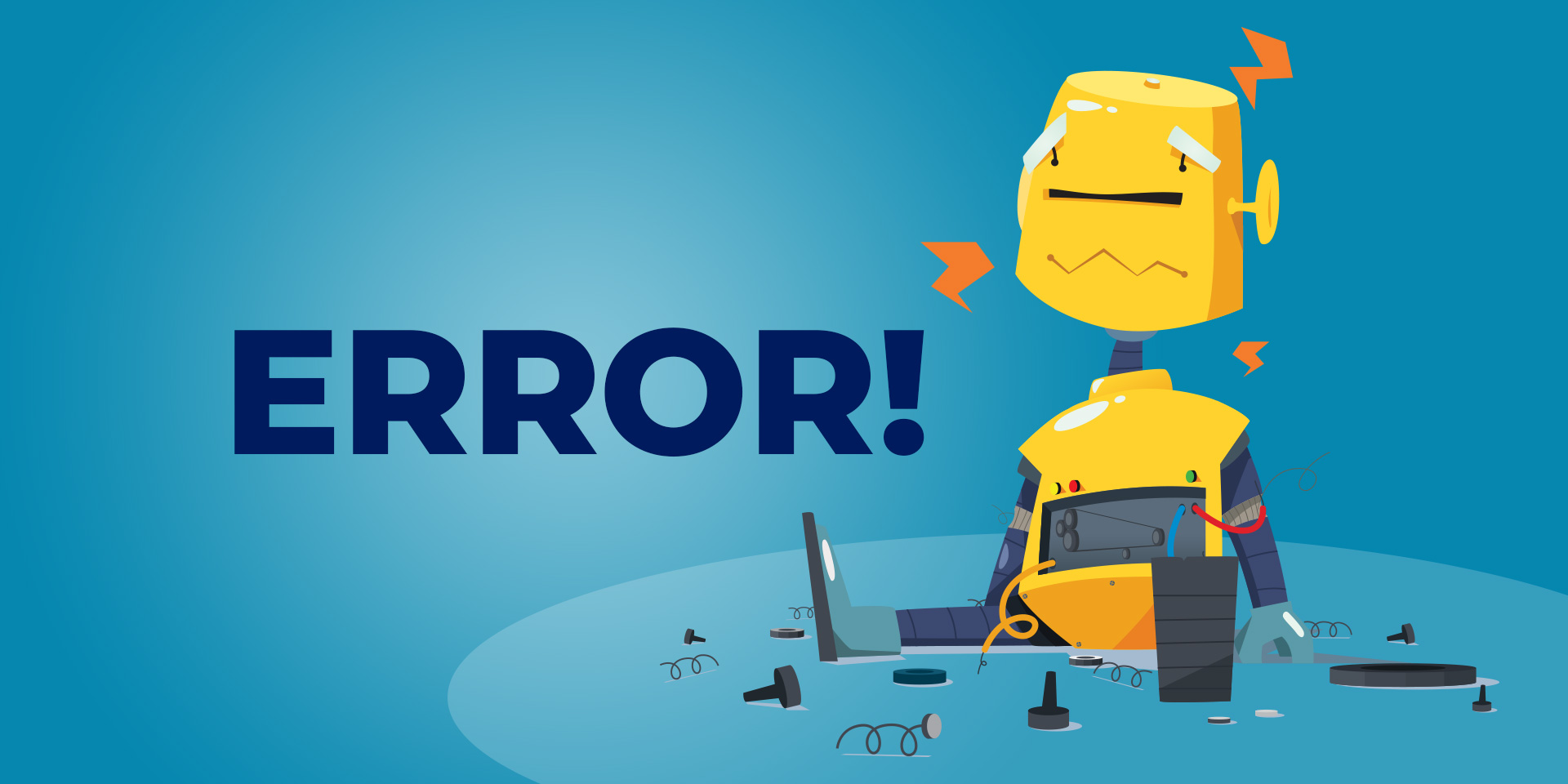 I’ve worked on over 750 contract projects in the past fifteen years. I’d look up the exact number in QuickBooks, but that feels too much like “research.” I officially refuse to research anything right now.

Well over 99% of my projects have been successful (or at least good enough). Meaning that I was hired, did the work, and got paid. There have only been three projects that I would describe as total failures.

The definition of total failure being that I did a significant amount of work for a client and didn’t get paid. Three out of 750 equals a 0.4% failure rate. Not bad.

It’s surprising how significant 0.4% is. I have vivid memories of all three failed projects. I can remember precise details; they’re crisp in my mind.

In comparison, I have to stretch a bit to remember the particulars of successful projects from only a few years back. They don’t stand out as much because they didn’t hurt.

I don’t have a lot of standard operating procedures (SOPs). However, I can tell you that I have at least three SOPs intimately connected to failed projects:

Down payments are a good idea

My first project failure wasn’t that bad financially. However, it’s the only time I haven’t been paid when I absolutely should have been. That’s what makes it memorable; it’s a first and an only. 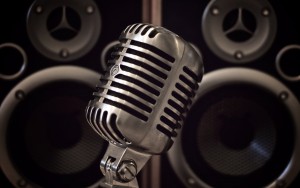 I was working with a male vocalist on a couple of album projects in 2006. We were doing the work at a cool little studio in Chandler, AZ. I was paid hourly to record, engineer, and edit the tracks.

The singer was paying for studio time, and the studio was paying me to engineer. On the business side, the studio required a credit card authorization to book the time. They also needed payment in full before any recorded material could leave the studio.

Both were good practices in getting paid and weeding out unqualified potential customers.

Most of the tracks we recorded were vocals. The singer was supplying instrumental tracks and singing on top of them in the studio. Eventually, he requested that I write an original instrumental to one of the vocal tracks.

No problem. I went to work at my home studio and wrote an original instrumental track for an agreed-upon price. I spent about a day on the instrumental.

We demoed the new music in the singer’s car outside a Starbucks in Ahwatukee, a neighborhood in Phoenix, AZ. He loved it as-is, no changes. I let him keep a CD.

It was a rough mix of the previously recorded vocals and new instrumentation. Not exactly “master” quality, but good enough for promotional use. Because we were in the middle of a project, I hadn’t drafted up my customary service agreement or received any down payment. In my mind, withholding “master” tracks was insurance enough to protect the material.

After our meeting, I went home and sent an invoice via email.

I didn’t hear back. The silence continued for quite some time. After several months of nonpayment and constant prodding from me, I received a check. It bounced.

The bank returned the check to me. I now have a thin, rectangular memento reminding me how not to conduct future business.

Since then, I’ve required a percentage of a project be paid upfront (between 25-50% depending on the scope of the project). I’ve had no more nonpayment issues.

Interestingly enough, I’ve had a few refusals to pay upfront. So I didn’t accept their projects. I feel that I’ve saved myself some headaches by weeding out unqualified prospects upfront. All thanks to one memorable headache early in my career.

A couple of years ago, I attended a business forum with a group of entrepreneurs. I paid quite a bit to attend, and it was expensive. Expensive because some of the advice was less than bulletproof. 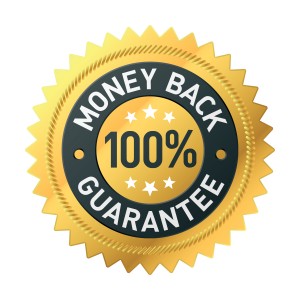 One of the forum takeaways was to offer a 100% money-back guarantee. It’s a sales tool to reduce the perceived risk of doing business. The idea is to smooth over an initial “friction point” in the sales funnel.

OK, sounds good, I’ll try that. So the first new client that came along received a money-back guarantee in their service agreement. It did not go well.

The project was a relatively small website for a real estate marketing consultant. I typically work with a content writer for new sites, so I hired an inexpensive writer with a good body of work. I also hired a designer to help with graphic design because I was juggling other projects and needed help to meet the launch deadline.

The client was picky and difficult to work with from the beginning. The site’s text content went through endless rounds of revisions and rework. Nothing was right. Everything was second-guessed and scrutinized; it had to be perfect.

The content writer was put to the test. She’s a saint for putting up with the hassle and not quitting. She got the work done for a flat rate which probably worked out to minimum wage after all the revisions and phone consultations.

I asked the client for three website references to give the designer a visual range and some direction. After several requests for reference sites, we received one example site URL. The designer took it, went to work, and did an excellent job with an original design.

It included elements from the reference site. You could see the similarities, but they weren’t identical. The designer used vector illustrations and “flat design” techniques. The goal was to make the design a bit more modern than the “Web 2.0” reference site.

The client’s only feedback: “It looks like a cartoon.” OK… Where do we go from there?

After a phone conversation, we decided to use more photographs and remove the illustrations. The second mock-up was much closer to the look and feel of the reference site. Not an exact copy, but similar. More importantly, it was an effective design and fit the project requirements.

The design was good enough. Its only flaw was that it was copy-cat design based on a single reference site (not uncommon in Web design).

After the second design mock-up, we were fired. No explanation.

The client initiated a refund through PayPal, and that was that. She got her money back, and we never talked about it.

I paid the content writer and the designer for their time and took a loss on the project.

And the best part? The client eventually published the writer’s text content on her site. She hired another designer and used the material that we created. She got a full refund, kept our work, and published it as her own.

Lawsuit? No, not worth the effort.

The takeaway is that you can’t guarantee someone else’s happiness or satisfaction. An unhappy client might just be a miserable person (someone that shouldn’t be enabled to take control of your project and bottom line).

Don’t be a hero: hire help when you need it

I’ve bitten off more than I can chew on more than one occasion. The worst offense was an absolute train-wreck, and the only time I’ve given a full refund due to my incompetence. 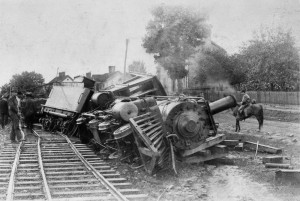 I was hired to create a membership-based social media WordPress website, which was well outside my comfort zone. I decided, “Yes, I can do that.” My logic was that I would teach myself how to do it as I went. How hard could it be? I’m a smart guy, right?

It was really hard.

I didn’t have the technical skills to complete the project on my own. I was working closely with the client daily. As the days turned into weeks, it was clear that I was not succeeding in developing what they requested.

I simply didn’t have time to learn what I needed to know. I couldn’t implement what needed to get done and fool the client into feeling confident about the process.

After three or four weeks, it was evident that I would not be able to complete the project myself. I apologized to the client, stepped down, and refunded their down payment.

It was an awful feeling. I remember sadly floating in the swimming pool and feeling like a total failure. I’d lost all that time. No money. An outright waste of time and energy. Float, float, float.

It’s a shock I can feel years later. That experience scares me into doing extra research upfront to understand the scope of a project before I get started.

I still bite off more than I can chew, but I do so with the help of subcontractors. If I don’t feel comfortable with aspects of a project, I delegate them to freelancers that are more experienced and capable than myself.

I also don’t work as closely with clients. I now give myself some buffer room with time and workflow.

The upside is that I’ve developed a network of freelancers that I’ve worked with over the years. They give me the ability to accept projects that I wouldn’t be able to complete on my own. I get paid more, expand my skill set, and get to work with other creatives. Win-win-win.

Just another example of a specific failure making for a better, more experienced professional.

I’m annoyed by the popularity of the “fail forward” entrepreneurial mentality. Personally, I’d prefer to learn from insight rather than negative experiences.

However, there is merit to the value of some failures. A little pain goes a long way. It’s definitely a powerful way to learn. Failure forces you to remember.

While most projects are successful, they don’t necessarily make you a better professional. I’d argue that to a degree; there’s more value in screwing up once in a while than attempting to be perfect.